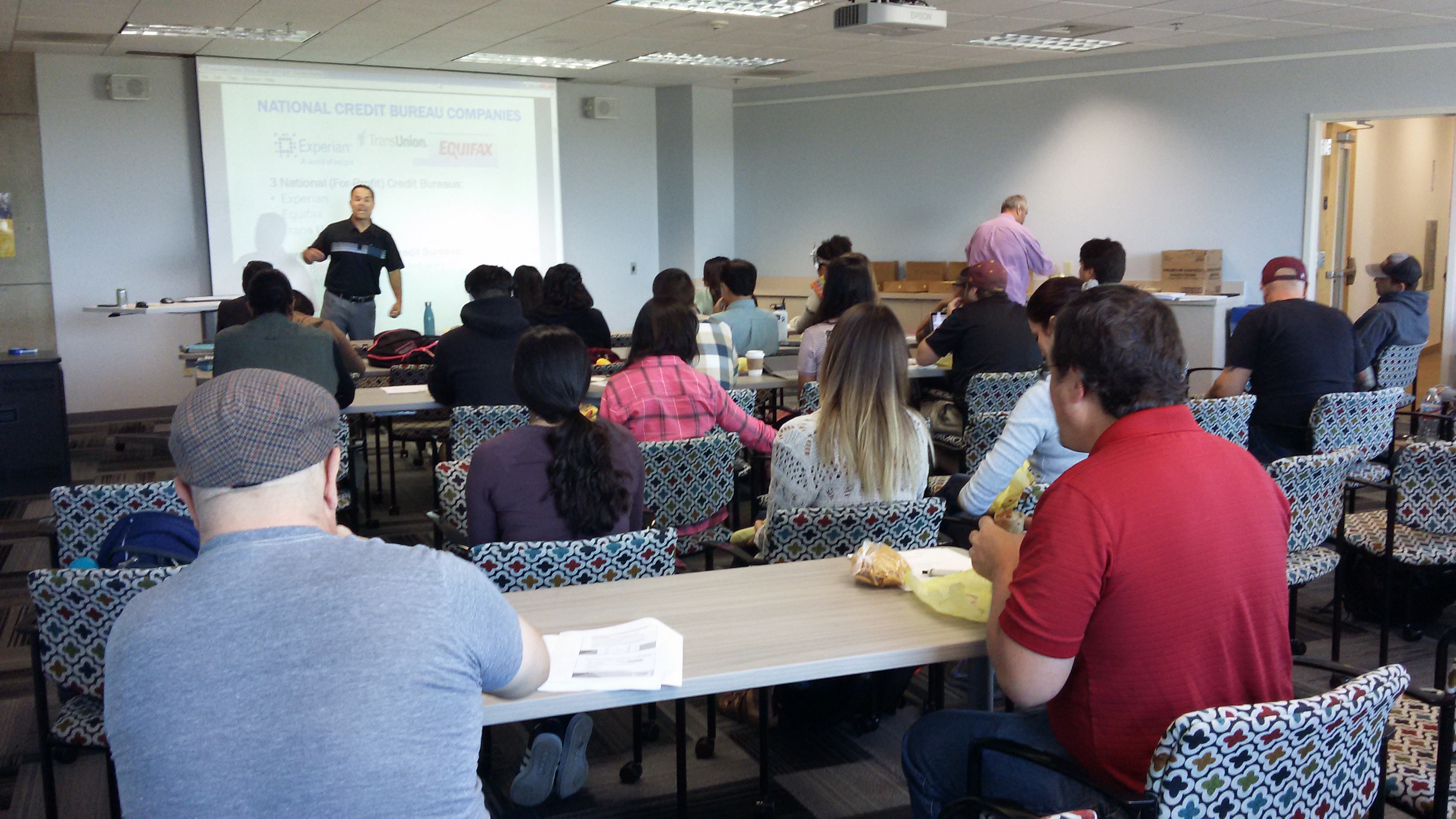 The High Emotional Cost of College

In Blogs | From Around the Web | Youth Financial Education (No Comments)

This post was originally written by Gail Buckner and posted on Fox Business. You can view the original post here.

Today’s young parents are seriously stressed out about money. In a recent survey by T. Rowe Price, roughly 70% of Gen-Xers (currently age 35-50) and 60% of Millennials (age 21-34) described themselves as “overwhelmed by financial pressures.” Money is a frequent source of arguments with their spouse.

Six out of ten say that they “sometimes feel like a failure because I’m not providing enough for my family and our future.”

A significant source of this financial stress appears to be the loans that many took out to pay for college. Two-thirds feel that they took on too much debt to pay for their education. An equal number say that they are still paying off their student loans. This is especially true of Millennials who have been out of college for a shorter period of time.

A majority in both generations are so determined that their own children will not face a similar burden when they graduate that they are jeopardizing their own financial security. Nearly six in ten said that saving for their kids’ college education is a higher priority than saving for retirement. 44% of Gen-Xers and more than 60% of Millennials would raid their 401(k) or other retirement account if it meant that their child could avoid taking out a student loan.

“We were surprised at the results,” says financial planner, Judith Ward. Another unexpected finding was that “parents are willing to deplete their retirement savings or view this as a source to pay for their kids’ college education.”

That’s a dangerous road to go down. “Nowadays it’s up to you to fund your own retirement. Our [personal] savings is what will determine our lifestyle in retirement,” says Ward. In other words, if you short-change your retirement savings in order to fund your kids’ college expenses, you run the risk of not being able to afford the lifestyle that you are hoping for when you retire.

While some respondents said that they plan to increase contributions to their retirement account once college is paid for, this typically doesn’t happen until parents are in their fifties, especially if there are multiple children to educate. At that point, you have lost at least two decades of potential compounding which could have significantly magnified the value of your nest egg. Even if you work another fifteen to twenty years, you never make this up.

The survey also found that parents could use some education about the various options available to pay for college. For instance, Ward says, “Some think that saving for college is going to hurt them, that they won’t get any financial aid. It’s not your savings but your income that counts.”

Others simply misunderstand the nature of “financial aid.” According to Ward, “They think it’s free money. [If you are a] middle income American, you have to pay it back. You can either save now or borrow later because the ‘aid’ you are going to get is debt.”

Another problem is that many parents have no idea how much to save. If you want to cover the cost of an in-state school, Ward recommends saving $450/month starting when the child is born. “If you can’t afford that, try to do half.”

Start a dialogue with your college-bound kids while they are in high school, i.e. before they start applying to really expensive schools. Let them know how much financial help you will be able to provide. Explore all alternatives. As Ward points out, “Community college is no longer taboo. You can transfer later [to a four-year school].” Help your teenager understand the years that it can take to pay back student loans. Is this something they really want hanging over their heads when they graduate?

The point is to not freak out and in the process, sacrifice your own financial future. Keep in mind that you don’t have to have the entire cost covered. Instead, set a goal to make or what Ward calls “a down payment” on college, perhaps having enough to cover the first two years. After all, there could be scholarships available.

Another problem that many parents make, says Ward, is that they don’t set up a separate account specifically designated for college expenses. Instead, she says, they tend to use “a nebulous catch-all account” that they might call their “emergency fund.” As a  result, they don’t have a clear idea of how much they’ve actually set aside for college.

One simple and tax-smart way to save for a child’s college education is to make regular contributions to a 529 plan. Starting early when the child is born means that you have eighteen years for the investments in the plan to grow. Make it a family affair and ask grandparents, aunts and uncles, and other relatives to contribute as well.

There are significant tax advantages to saving for college expenses via a 529 plan (named for the section of the Internal Revenue Code where it resides). Some states offer tax incentives when you make a contribution. If withdrawals are used for “qualified” college expenses, such as tuition, room and board, and books, there is no tax on the gains when money is withdrawn. If there is a balance left in the plan when Child #1 graduates, the beneficiary of the account can be changed and withdrawals can be used for another individual in the family, including an adult.

What’s It Really Worth?

Ward, a mother herself, says that she realizes that many parents feel that they owe their children a college education no matter what the cost. “It’s emotional.”

But, if you can take the emotions out of the picture, she maintains it’s really just a buying decision, one that should be approached in the same way that you would buy a car. “What’s your return on your investment? Does your child have to go to a private school?”

“Most employers are just looking for a college degree. In most cases, it doesn’t matter where that degree came from…It just matters that you got it.”

“The end goal is your child gets a college degree, whether they attend a state school, live at home, or graduate in three years. For many, it might hurt them in the long run if they end up saddled with debt or you sacrificed your retirement savings.”

Ward recommends the following guidelines for parents worried about paying for college:

1. Make Sure that you are on Track for Your Own Retirement – Set aside at least 15% of your salary each year in one or more retirement accounts. This total includes employer contributions. Gradually increase your contributions over time as you get raises. If you’ve got a workplace plan, use it. Contribute to the Roth option if it’s available. You can access the money in this account without penalty if you need to.

2. By the Time You’re Thirty, Aim for Your Retirement Accounts to be Worth Half the Amount of Your Annual Income – By the time you’re forty, they should be worth twice what you’re earning.

3. Create an Emergency Fund – If one of you is laid off or you face an unexpected expense, you don’t want your retirement account to be the go-to account.

4. Create a Separate Account Specifically for College Savings So You Know Where You Stand – If you are on track in terms of saving for your retirement, then consider a 529 for your child, “especially if you’ve got young kids. You’ve got years for that to grow. That can put a big dent in college costs.”

5. You Can’t Have Everything – According to Ward, if you want to help your children pay for college, “You need to learn to live on less money.” She suggests trying to live on 70-80% of your take-home pay “so you have room for your savings goals.”

Set Limits on How Much You Can Afford

“As parents, it’s okay to say ‘No’ and put constraints around how much you can contribute to college,” says Ward. “It doesn’t have to be whatever college at whatever cost.”

Even if a child ends up attending a school that is not their first choice, Ward maintains that “after a semester, they’ll be fine. They will thank you later because you kept them from going into debt and did not raid your own retirement savings and won’t be a burden down the road.”

While it might not be your first choice, the reality is that there are loans available to pay for college. You can’t get a loan to pay for your retirement.